Why Engineering Needs a Seat at the Negotiating Table 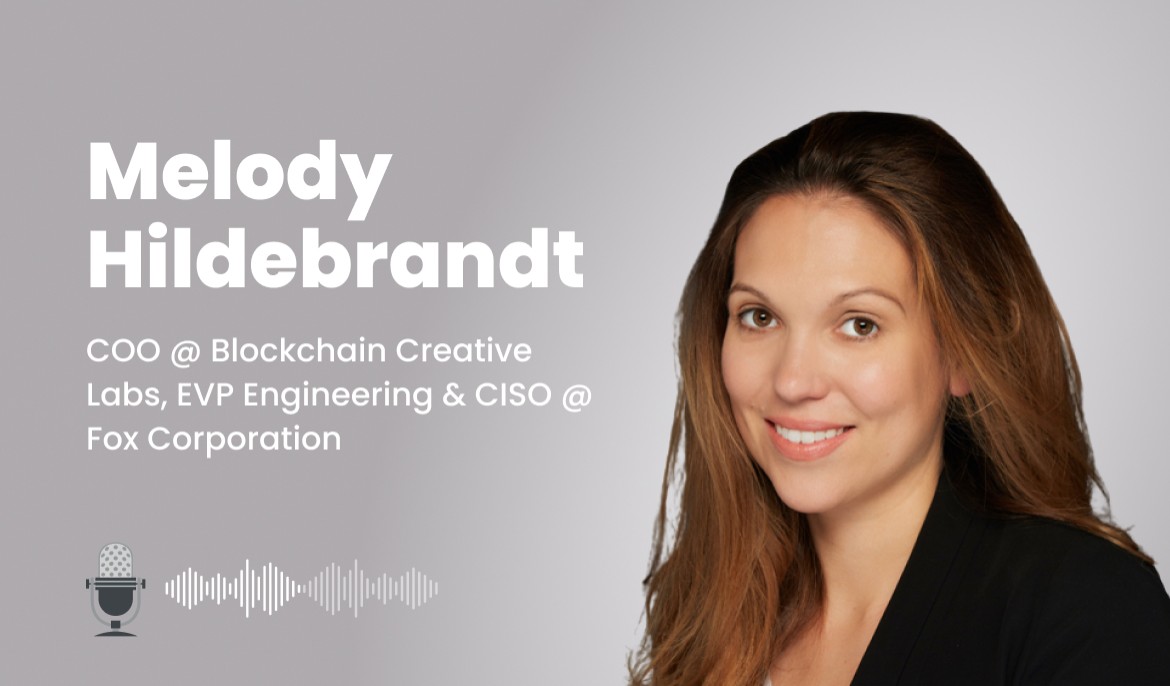 Melody Hildebrandt (@mhil) is the Chief Information Security Officer at FOX and Chief Operating Officer of its subsidiary Blockchain Creative Labs (BCL). She is responsible for the cyber security posture of the entire business, spanning Fox Sports, Fox News, and Fox Entertainment. She also leads technology Merger & Acquisition efforts, identifying areas for investment of the company, leading to her current operating leadership role of FOX’s expansion into NFT and other blockchain technologies through the $100m creative fund of BCL.

Previously, she ran product and engineering for all digital experiences across web, mobile, and living room applications within the FOX brands, notably leading the platform architecture to stream Super Bowl 2020, which broke all previous national video concurrency records while also setting a new quality bar with 4K/HDR. She is the Executive Sponsor of FOX Women in Technology and on the FOX Technology Diversity, Equity and Inclusion Council.

She previously was the Global Chief Information Security Officer at 21st Century Fox where she was responsible for the cyber security posture of 21CF businesses including 20th Century Fox, Fox Networks Group, National Geographic Partners, Fox News, Star India and others. She moved into a larger role at FOX following the announcement of the spin-off of many assets to Disney.

Before joining 21CF, she was an executive vice president of Palantir Technologies. An early employee of the company, she helped start Palantir’s Commercial work, opened its New York Office, and led Palantir’s sales, product and field execution in cyber security, anti-money laundering, and rogue trading detection. Prior to that, she consulted to US and international governments with Booz Allen Hamilton where she designed military and strategy wargames.

"One thing that we intervened on very quickly because we were AT the table for (the conversation), "How should we structure the deal?" Was to do something that was quite counter-intuitive I think, and very controversial... Which was to say ‘Let's essentially value all of our current technology assets at near-zero... And make them part of the deal.’"